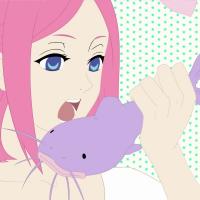 Ask me questions! If I am not available around here, leave me a message!

#654499 The Last: Naruto the Movie: Thread 2 aka The Last retcon: Hinata-sama the movie

I'm really sick of hearing people say that NH was always going to be the end pairing because "Kishimoto knew how he would end it years ago". Seriously taking it out of context. He was referring to Naruto/Sasuke battle.

I will not read it and I have a few reasons why:

The new story will be about the next generation. I only have attachments to characters in the original Naruto manga. I don't feel like I'm ready  for a next gen when I feel like the current gen remains unresolved. I think the only main character storyline that got fully (and poorly) resolved was Sasuke's in the end. Chapter 700 made me feel distant to all the characters I've followed the last 10 or so years.

My only understanding of making the next gen manga is to make money off the name of the Naruto franchise. They won't leave the manga alone as it is. The more "extra" fluff they add to the series, the lower it sinks into the mud imho.

I've already tried to rationalize the poor ending in fanon. I don't see Naruto being happy with his family or his position.  I don't see Sasuke and Sakura in any sort of loving relationship that would be healthy to them or their daughter (if Salad is an SS child). Everyone sans Lee, Gaara, and KakaGai are only shadows of their former selves. I guess because I'm unhappy, in my fanon they are all unhappy haha. That's just me though. I still can't accept the ending. How could I move on to read about the next gen? Whoever is writing/drawing the manga would definitely rip away their characterizations.

I don't think it's a genjutsu. It's just a terrible ending. Good thing NS isn't tainted by Kishimoto's hands. I would have been so angry if NS was depicted like any of the pairings in 700

hey ramen, it's a pretty good theory, but I actually believe that the movie will be some filler trash about how Naruto suddenly falls in love with Hinata.

But, I like your theory and I think it does have a hold. You don't see any of the pairings actually interacting with each other, maybe because Hinata doesn't fully know how people in relationships work or whatever. But in her dream wouldn't Neji be alive? Besides, why would Kishimoto end with an IT? Who would there be a movie and then a mini-series of the children?

The only thing that still keeps me believing is that how can anyone possibly take an NH movie seriously after the last 29374 clearly NS movies.

have a nice day!

we are all unhappy, megi.

yeah, especially with the depiction of the two characters I rooted for since the beginning. Not the couple, just the characters. They way Naruto treated his child?? He doesn't give his children his time? And Sakura?? I'm not even going to talk about my disappointment.

yeah because everyone bothered him and drove him off. he obvously didn't draw it and a lot of people made that assumption. nothing was his fault. people suck sometimes.

I do love the optimism, and I thank you guys for it. My optimism was drained by the amount of work I took for myself this week. Group hug! I'll sink to the depths of the ocean if it be.

Kishimoto isn't going for the most logical route (NS). He just wants to go off somewhere else and be like "oh well, that's life! it doesn't turn out the way it seems at first".

which is BS! The spoilers hurt be because I feel betrayed by Naruto. The Naruto I love doesn't give up, doesn't settle...ugh. Sorry for being negative. But I'm sure this is the way it's going to be.

All this time I thought Sakura was the tsundere. I was wrong! It's Sasuke.

I'd love to say they are in a genjutu, but I don't think so.

I have little hope that there will be NS. Literally all the pairings I despise into one gigantic crapter.

Sasuke says he loves Sakura?? Am I expected to believe this after everything that's happened between them? I'm sorry I cannot support this pairing on any level.

The movie will be absolutely NS I believe!

hehe I haven't been here for a while!

read the raw. I wish Sakura would stand up for herself more.

Remember: You don't get the raw this early 95% of the time

This chapter made me feel alive