So originally I was gonna post this in the Great Naruto Discussion Thread, but I I figured it would be easier here, It's a few designs I made for my own NaruSaku child, Sachiko "Sachi" Uzumaki, and I've even wrote out a little backstory for her:

Heads up the backstory is about 6 paragraphs! 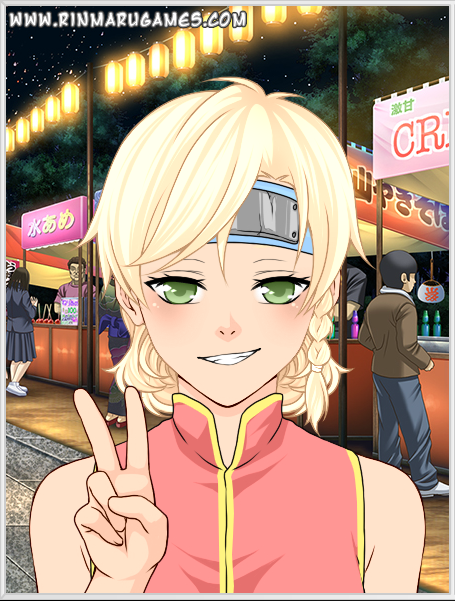 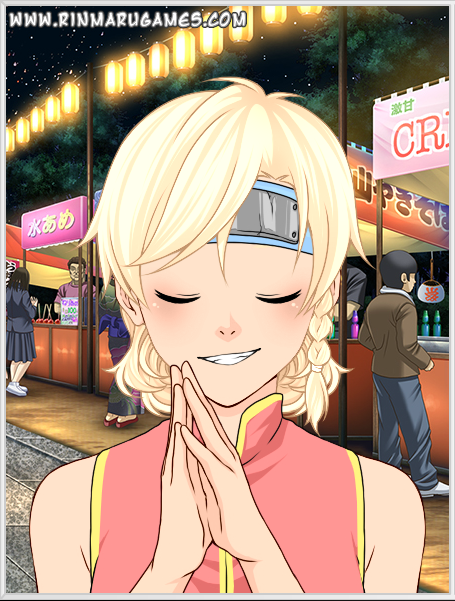 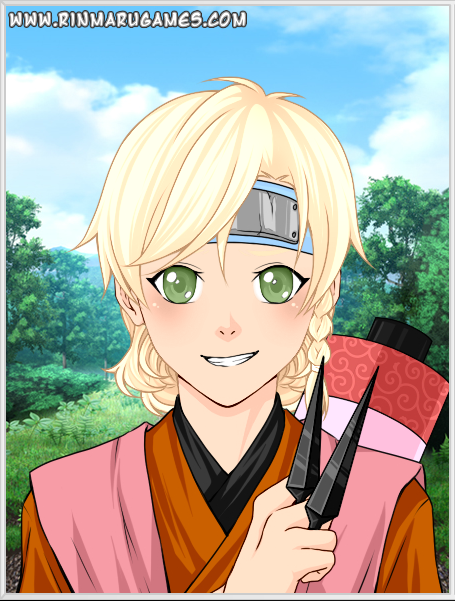 Sachiko “Sachi” Uzumaki is a 12 year old girl who aspires to be someone that can live up to her parents legacy Naruto Uzumaki and Sakura Haruno, The Heroes of the 4th Great Ninja War. Sachi was very free-spirited when viewing life throughout the village of Konoha.  Some have mentioned that her free-spirited nature leads to her more mischievous side akin to how her father pulled pranks in the old days. Her ninja way is, “Stay positive and have fun.”

Though, the mischievous is rarely present to Sachi when it comes to her life with family. Everyday after the Academy, Sachi would always visit her mother Sakura at the hospital to see how she was doing, helping her out at home because she is due in 4 months. Her father Naruto, leaves a shadow clone in his office to help her as much as possible. Sachi and Naruto would often joke with and  even visit him in the office before Sakura was 3 month pregnant. Her usual priority is taking care of her little sister Hanami even when they go out for a night time. At times, Sachi would get into conflicts with her twin Shachiku due her care-free nature, or when she’s trying to prove a point to him even when she’s wrong. Which sometimes leads Hanami to break up their bickering by reminding them about Sakura’s temper even during her pregnancy.

Unlike most ninjas, Sachi’s chakra would always disperse at points during her training whether it was a one on one with Shinachiku or a classmate from The Academy. There will be a rare exception where she’ll have a grasp at it, but 95% percent of the time it’ll blow up. She would even look to her parents for advice to see some alternatives such as target practice, walking on water, hanging upside down etc, the results would still be the same. Things only got worse when it came to the chakra test because Sachi doesn’t succeed compared to Shina who passed with flying colors.

Due to the expectations of being a child of Heroes from the 4th Great Ninja War, Most of her classmates laughed at her display during  the test. Sachi was so shattered by the embarrassment that they even questioned if she really was a daughter of the war heroes, and didn’t even proceed with her usual mischievous acts in Konoha, or tease Shina throughout the entire day. Not even a single ounce of bickering occurred between the two. She just stuffed her face against the pillow in her bedroom. Naruto, Sakura, and Hanami would check  up on Sachi then explain everything that happened in the Academy.

That following day, Sakura took Sachi to the hospital on her request to see what the problem was for her chakra disperse. Turns out that Sachi was amongst a rare case of people who have an imbalance chakra system, she discovered that 3 to 4 of her chakra points weren’t fully formed. That only made her more devastated because it meant that there was a slim chance that Sachi could ever become a ninja.  Naruto offered an idea to Sakura to see if they could perform a chakra transplant by extracting a portion of Kurama’s chakra, and transferring it to their daughter. Sakura was a little hesitant about the idea until she recalled what Naruto did in the War, and shortly after performed the transplant to their daughter. Ultimately, the transplant was a success and Sachi finally maintained a balanced chakra system.

Sachi, then decides to experiment her new balanced chakra system by requesting to Shino sensei for a make up to the Chakra test in front of the class, and he agree to do so. It didn’t exactly matched up to her prodigy twin brother Shinachiku, but Sachi managed to place herself from dead last to now marking herself at 7th spot. Even though there was some chatter amongst the class in shock, she told them “I could care less about being the best. All that mattered was making a first step in progress, and I did just proved it you got that punks!” in a pseudo Sakura like manner, as class came to an end.

In case anyone is curious, no possessing a fraction of Kurama’s chakra isn’t gonna make Sachi just like Naruto. In fact, her chakra stamina would only be 28% higher than an average ninja. There would actually be a more gradual build to that even taking place in the story.

There’s only real trait Sachi would share with Naruto, but it’s a very miniscule aspect when it comes to combat. I might reveal it later if you guys want.

I love reading headcanons about NaruSaku family life & children. Sachi is a cutie!


My dear you deserve a great wizard, but im afraid you'll have to settle for services of a second rate pick pocket - Smendrick The Last Unicorn

Training with a sannin 2 1/2 years

the look on your best friend, and former sensei's face's when you cause a small earth quake. Princeless

She's cute. Her backstory is even interesting. Great job!

Thanks everyone, I'm currently working on a fanfic about Sachi at the moment. So as soon as the first chapter is out, I'll be sure to post it here. I should say that I've even got Sachi's design when she's 15 years old lol

Back to Artists' Square