15 replies to this topic

Well, politics but Afghanistan pretty much fallen to the Taliban. Imagine wasting 20 years on something for it to turn completely crap do to one bad decision based on bad advice due to petty factionalism. Anyways now onto Boruto.

Summary Time: Chapter 61. Madness, that they keep this manga going when they should just leave it to the anime.

Oh they brought the card game back again to show Nail and Bolt bonding with their boy friends. Bolt wants Sasuke. Didn't get it. Throws a fit like he always does. Nail is looking at a ninja that is suppose to keep an eye on him that is not even bothering to hide and is just leaning against a tree watching them. Wait, this card game is called X CARDS... Christ!!! What a kitten fake name for a card game! What Kishimoto literally couldn't think up a fake name or something or didn't bother?! Bolt question why Nail needs to be under surveillance when they have their great sensory network (its that barrier from the Pein arc) that Nail didn't know about and is now being informed of...Which likely means Hime is also now being informed of as well, and they are likely going to learn a fatal flaw from this discussion/info dump. Bolt whines more about how he is losing his privacy so Nail can be protected. Them talking about it just a warning system so Naruto can come in a fight Punk if he attacks makes Nail remember his discussion with Madoc and they both think Naruto stands no chance against him anymore. God, how much did he depend on Kurama to fight over the last 15 years? Oh right, entirely. The scene ends with Nail hung up on what Ino's son said about needing to erasing ones chakra signature to fool the sensory network.

Sasuke is investigating one of Punk's belt marks. They have ninja monitoring every mark around the village. The one Sasuke studies he thinks is just a distraction to get the village to focus on that spot why they infiltrate another way...like erasing one chakra signature. When he walks off one of the ninja charged with observing thinks he is so cool.

Shikamaru is update on what Sasuke said, and has a discussion with Madoc. While Shikamaru is also being petty over smoking. They talk about how Nail is devoted to Naruto now and will do anything for him.

Onto the Uzumaki household where they are watching a soap opera. Hinata is into it and tearing up probably wishing Naruto would do any romantic for her, Naruto has fallen asleep at the table, and Bolt playing video games. Nail decides to test the surveillance by using the excuse of taking out the trash and jumping into a bush to make a shadow clone. Bolt is a better sensor then the guy they have surveilling and notice Nail's trick. Nail learned to erased his chakra signature just like that; due to being part kaguya's clan same reason bolt can sense him. And like I thought Hime is observing him which means she knows this flaw to like i said before. They send Punk to try and get Nail.

And in DragonBall Super. Vegeta decides to call the form Ultra Ego when it compared to Ultra Instinct. He pretty much dominates chrono trigger and the better the fight the more the dominates. Until he actives his red eye in both his eyes instead of just his right one.

What's the obsession with over sexualization of underaged girls in this manga? ( I assume that girl is underage, although it still applies to the rest)

Is it the author's obsession or is it the one way to get people to buy the manga?

This is the artist Ikemoto's choice and always has been. He clearly likes drawing young girl and putting them into sexy poses.

Kishi was a man who clearly like Spunky Women. Ikemoto seems to have a younger yet more revealing taste.

I don't think the age of that girl is clear yet, either way it still disturbing.

Also the new chapter is out

Wouldn't it be better to talk about Afghanistan in the politics chat? Heck I'm about to post a video there explaining why invading the country is always doomed to fail in the end.

Anyway I found the hinata soup opera thing cringe; though apprantly some SS shippers from what I saw in the boruto spoilers are going nut about it, because apprantly it's based on the sasusaku confession in part one. Making them saying hinata is a ss supporter.

Also found shikamaru hoping that code might of let go of his grudge against the leaf to Also be cringe, as that not really in character to be that hopeless optimistic about an enemy. Didn't realise he had become such a smoker.

Man the regular leaf ninja designs have become so bad, I miss the old designs .

Also did it look like eda had the rinnegan in one eye or is it just me?

I always have a relevant how thing going this month before getting into the summary. I normally tie it back to Naruto/Boruto which I did here.

...It kind of is but that's because the woman begging the guy to stay while he needs to leave for personal reasons, is pretty generic as far as soap opera go. Watch any and that probably happens three times a season.

Shikamaru took up smoking after Azuma's death. The topic of Code giving up was so pointless I didn't feel like typing it out in the summary.

Ikemoto does not have anywhere near Kishimoto's level of taste in aesthetics.

the art is progressively getting worse with each panel. Also, I love how Naruto is sitting right next to her and gives a rats ass about why shes crying.

That... her marriage isn't fulfilling? It only confirms what we knew for years.¯\_(ツ)_/¯ How did NH fans react to that though I wonder?

I can never state this enough though the mundane slice of life for a majority of the series so far with any actual action too far in between for a monthly series is a killjoy for the audience and I personally find it hard to invest my time it. in a weekly series it would have been tolerable if barely but for  monthly publication it is a death sentence for fan interest, and actually making money

My question is how in all that is good on this Earth is this crap still going?

Done a stream with Chatte and Retrospect Greg on naruto with some boruto updates and discussing both narusaku at the Olympics and the infinite tsukuyomi theory that keeps getting talked about in thw fandom https://youtu.be/pSfXVsoTdsU

Even If the infinite Tsukuyomi theory were to come to fruition, I wouldn’t support such a cop out personally. Definitely not after having my feelings and support of the franchise insulted  with the statement that I read things wrong 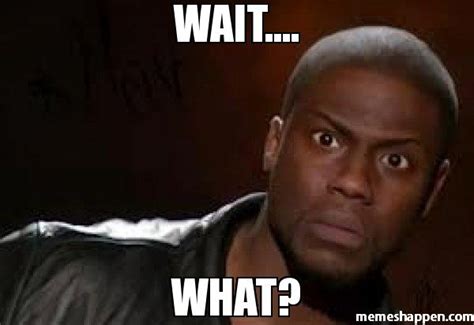 No wonder this series is so much out of sync with the original.

Who is the person being interviewed? Ikemoto? or Kishimoto? If Ikemoto then he said, the artist didn't meet the writer for over a year and relies on their editors which -Kodaichi said they didn't have at some point- too relay information to each other. This is part of the reason the art is so bland. Since, there isn't any dialogue between the writer and the artist to express what the he wants the art to express.

Honestly, Naruto would look better with anything instead of the haircut he has right now.

Frankly, all I'm seeing is the person being interviewed was trying to wash his hands or to stay away as far as possible from the past 5 years work, which is nothing but a series of epic failures.

"Hey, this storyline killed the franchise"
"Uh, I don't know, I've never met the writer over a year"

Would anybody actually believe that? Come on...

"I'm sorry I didn't believe. But I'd given up believing in so much, until I met you. From the first day I saw you, you were everything I ever wanted to believe in. You can do this, Diana. I know you can...But I have to go."

"What? What are you saying?"

Spoilers for the next chapter are out

Back to Latest Releases