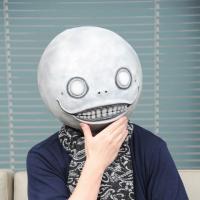 RulesofNature hasn't added any friends yet.

And the thing is, I don't know how they could ever undo the damage. It's not just the pairing, but so much of the writing has been devalued or twisted in order to keep the franchise going. Like, we can all point out various morals, good morals, that the series did a 180 on at the end. Stuff like hard work over natural talent, or that the ninja system turns people into weapons. Even the bonds of the characters have been shattered, because let me tell you reading the manga there's no indication that Hinata is anywhere close to the level of importance in Naruto's life than Sasuke is. They even killed off Neji in order to give NaruHina a moment, only to turn around and say that the moment didn't amount to much since Naruto didn't talk to Hinata again until years later.

It's a mess, there's no justification for what they did and nothing short of massive retcons, timeline BS, or the like will ever fix it.

From what I recall from some video I watched once, one of the big reasons Gundam keeps not taking off in the states or Japan feels like it not taking off was the DVD sales. They like you said are used to being about to get Japanese fans to pay $20-60 dollars for a few episodes; which most western fans refuse to pay that amount.

Japanese companies as a lot of, "it worked before so don't change it," mindset to their entertainment. Sure they can be innovative at times but once they come up with a system they often refuse to abandon it.

Look at Final Fantasy XIV for example. They had a documentary about it that main points of why it failed at the start was. FF11 was on the first mmo ever and defined what an mmo was to Japan and became on of the biggest success the franchise ever had. So, Square wanted a sequel. So, they put all the people from ff11 in charge of ff14 and they set about making ff14 into ff11 2.0. They got exactly what they wanted, the problem with this is that between the two games their came out a game the defined what an mmo was to the world WoW. The design team took what worked in ff11 and didn't look at any of the mmo that came out in the years after 11 or even their main competitor. They also didn't think a Final Fantasy game could flop. So the game came off as archaic. It flopped. And to save it the new guy had to implement all the improvements to the mmo genre that the original team ignored.

True. It's why they decided to follow up Wing with the original series, since they though the UC would just take off like it did in Japan. But with SEED, it was popular when it was fansubbed and passed around through file-sharing. But by the time they got it to America, Destiny had already arrived to rip apart the CE fandom AND they censored the US release. In fact, SEED actually did pretty okay here in Canada where it aired uncensored. 00 saw the show move to the Sci-fi channel. And IBO? In addition to the problems of that show the US release was rated TV-M, so there's no way in hell they could market it like older Gundams to teens.

Not to mention, them wanting people to buy Gunpla and how they screwed up their relationship with Walmart, resulting in Walmart not wanting to stock SEED toys. See, Gundam action figures sold well...if you were one of the main machines. But Bandai kept stocking them with side Mobile Suits that didn't sell. They tried to get Zeta toys in, but iirc the show not airing on TV/not making the toys soured the deal and as a result Walmart refused to stock SEED toys.

Another thing is since the US shares it's region code with Japan, there's a very real concern over there that people will reverse-import anime to save a bunch of money.

I find it interesting how in Japan manga is the more looked at compared to anime in Japan, while in the West you probably find people watching anime more than reading manga. Which does explain alot about the western fanbase views on Naruto given how bad Studio Perriot was with the adaption and portrayal of some of the character's.

This may also be a bit of a cultural thing as well, as I find in countries like the USA and UK you will probably find people's knowledge about superheroes will mostly like come from the shows and movie adaptions rather than the comics themselves.

Same can be said for books with Harry Potter, Lord of the rings and a song of ice and fire which most will know as game of thrones given the TV show.

When it comes to video releases, Japan is kinda still stuck in the VHS days where you could fit three episodes onto a single tape. When DVDs came out, this continued and they tried this in America. It didn't stick, so we started getting DVD sets with all the episodes whereas in Japan you still buy 3 episode blurays. And in Japan, one of those disks run around $60 iirc. $60 for three episodes whereas in America that would buy you an entire season of a show and, depending on the show, have a fair bit of change still in your pocket.

Manga, on the other hand, costs something like 650 yen per volume, you can read it anywhere, and recycle it if you don't want it anymore (or burn it if the writing goes to crap). Manga is just a lot more accessible, hence why some can sell thousands or even of copies despite having no anime like Dungeon Meshi. That series was selling 350k copies per volume in it's early days, and it's first four volumes reached combined sales of over 2 million.

Never engage with the Edelgard fans. Let me put it like this, on one of the Fire Emblem wiki's someone tried to add that the creator's said that Edelgard's path leads to tyranny in an interview. Her diehard supporters denied this, and exorcised it while also trying to push a fan theory that tries to make an excuse for her putting a hit on her classmates at the beginning of the game. Recently, one tried to push an essay detailing how the protagonist losing their Enlightened One/Nirvana status at the end of said route is a good thing.

Back on topic, it actually surprises me how ass-backwards the whole thing got. A single volume of an anime may sell 10,000 copies if it's a success, and even then the series may not that popular (and long-running anime never sells that good to begin with). Naruto's new volumes were selling over two million copies in a week at the series height. They were adding all these scenes to make Hinata the heroine of the anime to promote a manga where Sakura was the heroine and implied love interest. It's kinda nuts, but not without precedent.

1) Kinnikuman ended up with a different person in anime than in the manga.

2) Ryoma and Ukyo were pushed as a couple in the Ranma 1/2 anime, but new characters were created to be their love interests in the manga (never minding how the anime changed characters personalities).

But those were old anime, and in the case of Ranma only covered the first 2/3's of the manga (the new characters arrived after that point). This was a more modern series, with online discourse and everything. It could be they took the loudness of the Hinafans as an indication of it's size, a vocal minority, but the fact said fandom was mostly there due to changes made in the anime should have tipped them off since as previously mentioned manga sales completely outdid anime sales.