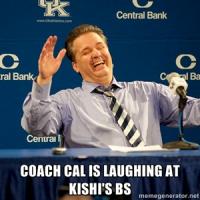 I am a proud Kentuckian. 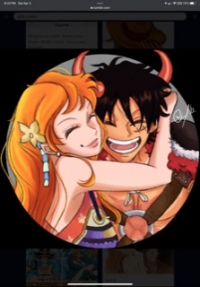 Today is my 7th anniversary of joining this site. I remember being trying to join but no success until one day for some reason, I joined. I am very grateful that I have because it's the only Naruto thing I will do.

I can see Naruto and Sakura making that bet and I can also see Sakura missing on purpose just to kiss Naruto.

What should have happened

I was at the mall today and I found this poster of Naruto and Sakura. (I look at picture again) Oh... I didn't notice Kakashi there but I love that Neither Sasuke or Hinata is there.

This is how I imagine Naruto as a father to his little girl. 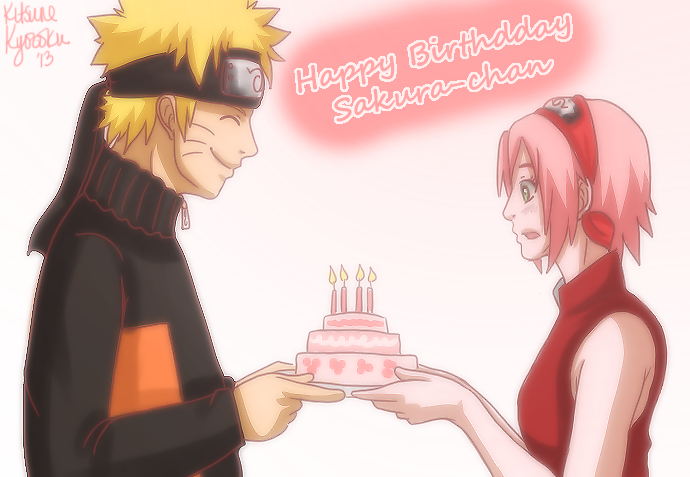 Good. Neither am I.

I have a question since it's been 7 years... are you over the ending yet?

Sorry but I'm stealing a little bit from Linkara.


Allow me to share a revelation I've had. For all of his bluster about, For all of his "Ninja way" responsibilities, Naruto Uzumaki is one of the most irresponsible heroes ever. He never learns from his mistakes. He never spends time his family. He  rather spends more time as Hokage then as a husband and a father.  Now, some would say that's the core concept of the character, the constant struggle between the Hokage and Family man. But Naruto is supposed to be there for his kids. Instead of using clones to  be at the hokage's office, he uses his clones to be at his daughter's birthday party. And what's worse is his wife Hinata doesn't do anything about. In my opinion, she's the reason this family's dysfunctional because she doesn't call on Naruto's BS. If he married someone like Sakura, He would spend time with his family because she would set him in line. But hey, maybe that's just the reasoning of a jaded individual looking at this stupid-ass Manga in hindsight. Of course I don't want Naruto to stop being Hokage. What I want is for him to be written like a goddamn adult already!  But the writers and Kishi and Studio Periott wouldn't let that happen. They think family drama is what the fans want but they don't. They don't want a workaholic douchebag. They want him to spend time with his wife and kids. to be happy. And we see that he's not. Maybe they should reboot Naruto.

If NH was planned them I am Adam Sandler.

The more I think about, the more I say... Sakura falling in love with Naruto would have gave her character more development because he made her feel stronger while Sasuke makes her weak.