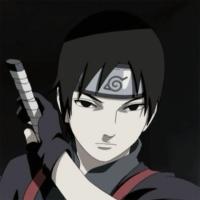 I remember one of the hinatards was always blaming the rest of the characters instead of Hinata for stupid reasons.
For example, he used to say that Neji's death was due to Sasuke's stupidity and his lack of interest in the situation. Hinata is not guilty of what happened.
And he says that Naruto is very stupid because he did not notice Hinata's love for him until after a long time.
The worst thing he said in defense of Hinata was when Hinata was jealous of the Kushina scarf that Kushina had given to Naruto. He said that the only reason Naruto should leave his mother's scarf and wear the one that Hinata knitted for him is because Hinata loves Naruto more than Kushina. This is the worst thing I have heard in my life. A mother's love and a wife's love are two different things.
Do you see why these creatures are the dirtiest on earth?

Why is CBR so bad https://www.cbr.com/...ternatives/amp/

they are a retarded fools thats all.

Not only that, but even Hinata fans accuse Sakura fans of sending threats to Kishimoto if he didn't improve Sakura more than Hinata. I'm sure if he made Sakura the wife of Naruto they would have killed him in a flash. These toxic people are stalkers Just like their waifu.

I don't know if this is important or not. But I noticed that most of those who talk about Naruto in general on YouTube say this: "Naruto the ninja is trying to be the Hokage, and with him is Sasuke, his rival, and Sakura is the girl that Naruto loves." Most of them did not show any footage or mention anything about Shippuden.
This makes me wonder that those who saw Shippuden have been brainwashed that "Hinata is the most beautiful waifu ever, and that Naruto should leave Sakura because he belongs to Hinata."
Once in Arc Pain, show a skit at the end of an episode. The topic was that Sakura was accusing Hinata of bribing the studio to make them work for her ending, which was 13 (which was the stupidest thing ever) and Sakura's comment was also that she is the heroine in the Openings and Endings of the Naruto show. Then Naruto appeared and tried to explain that Hinata has increased in popularity very much and that there are many in the studio who love her very much, and this Ending phrase is the extent of their love for her. All these are indications from within the studio about what will happen in the future and who will be the heroine of the show.
Ever since I saw that show I remember why that stupid skit made an important point. Hinata has ruined the show with her terrifying obsession with Naruto, Naruto’s show mode has shifted from Naruto's journey to become the Hokage and Sasuke returns and reunites with Team 7, to a bunch of stupid episodes about pairings. ohh nasty.

and most naruto fans still think pain and madara are cool characters. the only reason why characters Like neji lee gay sai sakura yamato and maybe kakashi are better than the rest of the cast like naruto and sasuke. is that they are not hypocrite people and don't use Talk no jutso. and don't have exaggerated power Level. and yet we saw people make joke of most of these and praise useless or meaningless characters Like hinata who struggle to do anything or madara who has immunity against microorganisms ninja or obito has the rinnegun but don't use it's full power like nagato/pain did or even sasuke who got his uchiha power level improve too fast without any logic or maybe the kaguya clan who unknownably have the highest level of power among them all. this is the big issue in naruto power structure is broken.