2 replies to this topic

I'm in teasing mode so right now, I want to reveal an upcoming project I want to start soon. Hopefully, around next year.

This idea of an epic fanfic all started around 2015. The ideas were in my head after the BS we were all experienced from the franchise.  I'll say this, stop right after that Sarada and Mitsuki Gaidens and the Boruto movie. Ignore the Boruto anime and manga. It's trash, and will stay in the trash. Don't even mention that series. I'm not using any elements, designs, whatsoever. (I may accept certain characters like Kawaki but I'm not bring back sudden-ed resurrected characters like Ao *that one was a WTF?! when I heard about it*).

What's this epic going to be about? Good question! Expect the excitement, action (we're going back to the Naruto fights but not in DBZ type levels), drama (TONS! Especially what we, the fans, went through), sadness paired with tragedy (ooh, I got a good one!), heartwarming (bringing that too!), and most of all, some freaking COMMON SENSE!

I'm also going to fool around with the letter R, off key,  but that's what the project is all about. To redeem Naruto and his world with all of the nonsense. To bring back his former glory on why we, the fans, like the character and this series in general.

Let me tease some bit of spoilers:

Now I did teased some stuff of my upcoming project in other threads like the NaruSaku Debate and Naruto General Discussions.  You may have to look but I can bring them over here to this thread.

If you want to help me and bring some ideas, by all means. I'm opening for some suggestions!

Cookie Lyon and Chun Li! omg - what a mix! And Jiraiya's journey with Naruto - there's so much there that was glossed over. It would be so cool to see more of that! Sound like you've got a good grasp on what you want to include - can't wait to see where you go with it!

Naming: Natsumi means "summer beauty", I'm taking inspirations of the summer season (hot!).  "Yanase" however, I couldn't find a meaning but got it from one of the Street Fighter mangas. 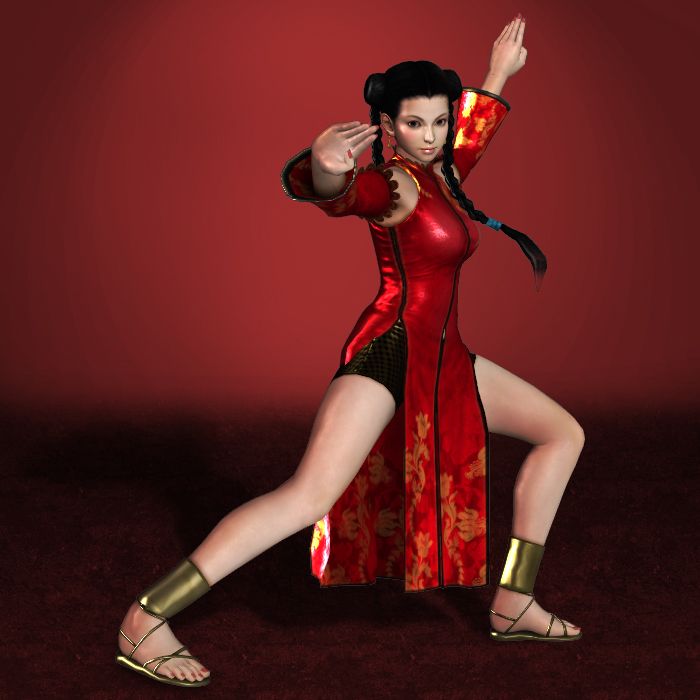 Using Pai Chan's third outfit from Virtua Fighter 5, also used in Dead or Alive 5. (Not keen with the footwear though).
She also has Chun-Li's Alpha bracelets but based on Street Fighter V's version:

Color schemes are blue, white and yellow.
Note: The qipao design and colors I have in mind from Pai is in Virtua Fighter 5: Final Showdown. I will have to update this to show the picture.

To say about Natsumi, she's very, very sassy, sarcastic, and blunt. Willing too quick to judge, regardless of appearance, speech, and action. She is very outspoken, never afraid to speak her mind. Her responses can hurt, and sometimes can be brutal (as her fighting style). She's honest to a default, but is willing to apologize if she is wrong. She also has a temper... Despite of all this, Natsumi has a very strong sense of justice. She's also insightful and can give good to powerful advice to many people, regardless of family, friends and even strangers. Many believed she has an older sister/mother-like personality.

A couple of years before the events of the Naruto's premise began, Natsumi was born in the southern hemisphere of the Naruto world of Earth. Her mother passed away via childbirth, thus leaving her in care by her father, who she admired and loved the most. Her father was consider as a hero in their hometown and also a very skillful detective. Natsumi hopes to become one similar like him. However, it was never normal in the Yanase household, as most cases her father involved with the supernatural.  Another issue was that the family may had some sort of prestigious ninja blood from a fame clan. It was because of her father, who many people believed that he was also a master of martial arts and some sort of ninjutsu, in which he passed some of his techniques to his daughter and later, developed her own style.

Years passed, tragedy struck in her late teens when her father mysteriously died from a fatal poison. Seeking revenge, she was helped by a young whisker-ed kid and his gallant but perverted teacher, whom happened to be ninjas. The time she spent with the two developed a bond, especially with the kid, that was almost familial, near a sibling-like relationship.  Though as time came and went, that bond is still there but almost was becoming non-existent, as Natsumi could not remembered that blonde-haired kid with the love for ramen of all things, and dreams of becoming the leader of his home. Why is she having dreams of this kid and could not recognize his face? More importantly, why she can't recall meeting this kid at all?!

Natsumi's fighting style involve close quarter combat, primarily involves kicks with such beauty and grace, that leaves the spectators and opponents mesmerized. Her acrobatic skills are top-notch, performing somersaults, backflips and cartwheels with ease, and sometimes can jump higher than a normal person. However, she is extremely deadly at close quarter range with very precise and quick reaction in defense when she either parrying or reversing her opponent's attacks.

Upcoming towards Ninjutsu
Unknown to her currently, she has access to chakra, but not in a normal ninjutsu way... (I will reveal that later).

Natsumi has a very key major role in this epic. How will she affect Naruto and the other ninjas, and the ninja world in general? In this epic, Natsumi is going to find clues and from her background, why she has limited amnesia of a sudden, that will lead her to the truth. Not to mention on how and why this franchise went into ruin.

The following characters help inspired creating Natsumi, including Chun-Li and Pai, mentioned above: 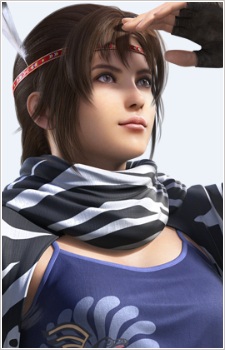 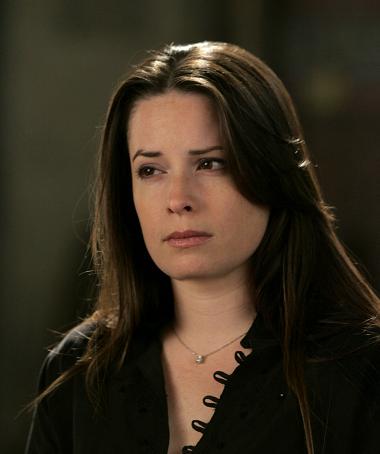 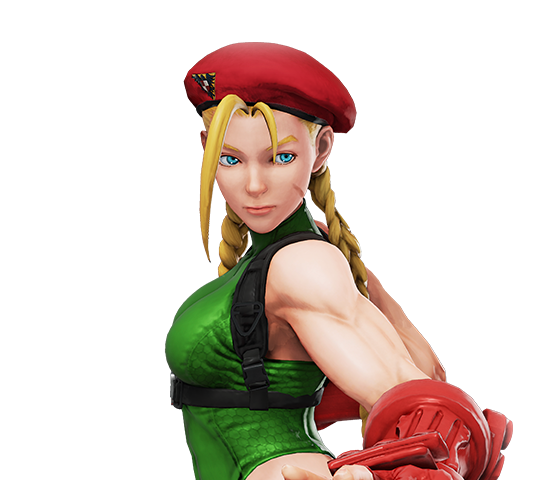 Sorry, I have too many pictures.

As many people in this forums know by now, Chun-Li is my all-time favorite female, right behind her is Cammy. These two, along with Pai Chan from Virtua Fighter, Michelle Chang and Nina Williams from Tekken, and Kasumi and Leifang from Dead or Alive, provide me in such detail of how Natsumi's fighting style should be pictured. We had seen Chinese Martial Arts inspirations from Team Guy, particularly Rock Lee, Guy, and Neji (lesser to extent, Hinata). But we hardly seen an actual canon "she-fu" trope character. Now, don't expect me having Natsumi doing Spinning Bird Kicks (she may be capable of doing it, but I doubt it).
I will say that you may see more of Natsumi using Pai's fighting style with hints and nods of Chun-Li, Kasumi and Michelle when she's on offense. Defense, you'll see the Pai, Nina, Cammy and Leifang types of fighting (parrying/reversalling and even bone-cracking!)

For Natsumi's personality, Cookie Lyon, played by Taraji P. Henson, from Fox's Empire became a major source. If many don't watch the show, Cookie is the matriarch of the Lyon Family. She is known for her very outspoken, hood to rich, tell-it-like-it-is personality, especially with those clapbacks! Who will be called as "Boo Boo Kitty" from Natsumi? You will find out!
Also contributing is Piper Halliwell from Charmed (1998-2006). Piper, originally the middle sister, was meek but then developed to become sarcastic, quick-witted and taking charge in later seasons. I want to give Natsumi that type of sarcasm towards the audience on what and how she felt in certain situations.

I also wanted to point out that if you guys remembered Tsukino from the Land of the Moon during Ultimate Ninja Heroes 3. She also take inspiration as well but I felt like she's so filler.  And I don't like her techniques, even though it involves sealing.

And there you have it, folks. I literally can't wait to flesh out Natsumi! I hope you guys will enjoy her as much as I do!

EDIT 1/6: Forgot to add her hobbies, likes and dislikes, and quote/words.

Back to Writing Discussion