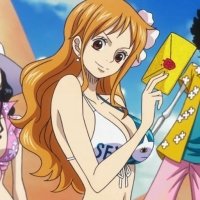 In Topic: *The* Bleach Discussion Thread

I mean i'm pretty sure there are things about the final arc (*cough* ice palace subplot *cough*)  that Kubo wanted to expand on since he didn't really get a chance to do so due to his health declining towards the end.

So there's a chance we'll get some expanded things for the anime.

Part 1 there would be some minor tweaks to the story like showcasing Sasuke saving Karin as like a little foreshadowing for the future.

I would definitely agree when it comes to Part 2.

In Topic: *The* Bleach Discussion Thread

Nothing yet on if Perriot will be behind Bleach, but the thing people forget is that the team behind Bleach was a different team than the ones who did the Naruto Anime.  So honestly as long as Noriyuki Abe (the director of the Bleach anime & Yu Yu Hakushou (also done by Perriot)) is at the helm of the final season with the team he originally worked with then I'd be totally fine!

As far as Sarada Gaiden is concerned adaptation wise they covered it from episode 17 to 24.

Something to take into account is that the anime and the manga do connect with one another even pertaining the original material. The entire school trip arc to the mist village in the anime was made reference when boruto and sarada, and mitsuki go to see the scientist where I think Sumire (the class rep) makes her debut in the manga.

I believe that's how things were set up when the idea of the anime and the manga for Boruto came about like they would take different paths, but they would all converge to single point. It was mentioned somewhere in an interview, but that's the gist of what I remember.

Argh, I hope one-day future writers call out the BS on this, and how fans ruined it all for a girl with big breasts.