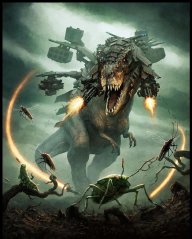 I have never gave up on this ship. and I'm not going to. NS is going to be canon! I can feel it in my gut.

If this is RTN all over again. I'll go on a joyful RAMPAGE on Naruto Wiki.

SasuSaku was barely hanging by a thread in act 1. and then when Sasuke left the pairing died altogether. NaruSaku on the other hand had a pretty weak start, but over time it grew stronger and stronger, right up to the point where it became invincible (where it is now ofcorse). This is the first pairing war I have ever been in and from the looks of it I'm going to win it with every one here who still believes in the ship.

As I said before, NS might as well be considered canon since there are no other rivals for it left to oppose it. We can technically say we won, I'm not going to say it out in public yet (and when I say public I mean the Naruto Wiki and all the other zealous NH sites and any NH/SS fan I meet) because I want to wait for chapter 700. After all its never REALLY over until its over.

On the subject of poke'shipping. I am torn between AshxMisty and AshxSerena.... Ash and misty spent A LONG 3 seasons togehter (if you include the orange Islands as it's own season), but Ash and Serena have a history (even though It was only for one summer). I guessYou could say that I am more on the AshxMisty boat since I am more USED to Misty and like her character more, but I can understand why people like Ash x Serena more.

on the subject of NH and SS fans. WE can all agree that (sorry if I break the rules here) they aren't very smart. I mean I once came across an NH fan who's ONLY counter argument had NOTHING to do with NH, SS, or NS but rather was a failed attempt to "Insult my intellect". HE/She didn't even READ my very long rant on how Sakura is better suited for naruto than Hinata, and they called ME stupid? I have had my debates with moronic fans before but THIS takes the cake.

on the Subject of chapter 696. I said this once before (I think) and I'll say it again, This chapter KILLED SS. and when SS dies so dose NH, And yet fans still use it against us...... Again I say (not to break the rules if I am) SS and NH fans..... are idiots. so almost recaping the chapter when Sasuke left the village = SS? I don't think so. In fact I would not be surprized if the last chapter was similar to act 1 (only with sasuke losing this time around and having BOTH Naruto and Sasuke in the hospital). Sure sakura was crying over sasuke AGAIN but it was nothing like in act 1, sure she loves him.... but there is a difference between loving some one, and being IN LOVE with them. Sakura is NOT in love with Sasuke.

and finally on the subject of NaruSaku.... I still believe it has a chance... how much of a chance? shooting the biggest fish in the world that is dead on dry land at point blank with a spartan laser... yeah With SS an NH having no hope of going canon in the next 3 chapters, NS is surly going to shine above all. not that I had any doubts, but I am disapointed that it didn't go canon sooner. Kishimoto had A LOT of oppertunities to make this happen, so many that you could make a joke out of it. but better late than never I guess.

Even though the fight is still going, I think it safe to call victory for ship.

CONGRATULATIONS NARUSAKU! YOU ARE THE LAST SHIP .... erm..... SAILING!

See what I did there?

And so ends the... Third to last chapter? or is it second to last? either wayI have a feeling the fight is going to end on 697

Who will watch RTN in theaters?

The banner of our ship on the silver screen? kitten YES I AM GOING TO SEE IT! (if it comes to my local theater, doubt it will though)

I thought about making a list of the NS moments in the RtN movie but for whatever reason spoiler tags don't work for me.

your kidding right? THE WHOLE THING IS AN NS MOMENT!!!! XD

~joy to the world, SS is dead.

~for them its hard to swallow

GET IT RIGHT XD

I still hope that kishi will stab sakura in this arc.

What do you guys think? Will Minato drop another NS bomb before disappearing for good?

So what happens to this place after NS becomes canon? I mean besides the kittening 4th of july breaking out I'm referring more to when the series is over and done with.

Good question.... well I suppose we have two options.

-say our goodbyes and leave this forum behind.

-use it as out base of operations and forever rub it in the faces of those who anti NS.

but thats just me..... how about that being the question of the day?

What do YOU think will happen to the Forum when NS goes canon? What are YOUR plans afterwards?

me? I'll continue to ship NS even tough its been canon for X amount of time. I'm a NS fan for life, nothing will get me down at this point.

Heck NS might as well go canon at this point, the hints and clues are getting more and more obvious. but anyway, I'll keep up my videos on you tube until I make a great ending for all of them. NS forever

the forum will either continue to flourish from the more sentimental members, disappear into the vast sea of the internet, or get over run by butt hurt NH shipping trolls. either way I may come here on occasion to take a walk down memory lane... and If i do see a NH shipping troll... i'll stomp them

Naruto has Loved Sakura since Chapter 1. I completely doubt he will have a change of heart at this point

now they are using breast sizes to confirm NH?

what is WRONG with these People? (besides their sanity)

Sasuke and Sakura: Relationship started out rocky, maintained being rocky, and is rockier to this day. What started out as potholes turned into massive cliffs. In the words of Yahtzee: "Whoops, talk about side-stepping a pothole only to fall off a cliff."

Naruto and Hinata: Started out easy. Too easy almost. There was no bickering or problems between them. The trail was a smooth ride which seemed like all that was needed was the car to be turned around. Now that smooth ride has become a downhill slide with rocks and potholes abound. The bumps rattle your teeth, but not enough to really cause problem. Just aggravation and annoying. It also doesn't seem to be getting any better either seeing how the pairing needs to constantly get out and repair the flat-tire after hitting a sharp rock. I wonder how many spare tires this car has left?

NaruSaku: Starts out as a rocky road. Again, nothing bone shattering or life threatening, but just annoying and aggravation. The road keeps going for a while, soon the holes get smaller and less deep. The rocks turn to pebbles that soon the car just easy crackles on. Sure you might see a big rock every so miles, but nothing too big to not be able to weave around. The road is beginning to smooth itself out it appear it is only going to get flatter the more you move forward.

I don't know, why do people count 540 as a SS moment? Before anyone says "We don't," well...then why is it always called into question and why does it seem to trump all other moments before and after the fact? I know some think it does despite some denying such a claim. I am just saying that if it is not that big of a deal or that something else counter acts it, then people wouldn't be bringing it up in the first place.

The reason why 663 is such a big win for us is because of several things.

1. Sakura was specifically chosen to go with Gaara and Naruto.

2. Hinata fell flat on her face. Not the fact that she fell and seen as useless is what makes it, but the fact that the idea of Hinata being unable to be there even though she had every chance she had. The fact that tripped and never got back up despite taking on Naruto "Never give up" nindo.

3. Sakura is not giving up on Naruto to live and support his dream. Very similar to what Itachi said about Kushina to Minato who also supported his dream.

3.5. Sakura's response and unwillingness to give up similar to that of Karin's will to be by Sasuke. We know Karin is in love with Sasuke and you can clearly see both girls doing everything they can for this one special guy. There is a reason why they both are mirrored in that chapter and both were scene side by side.

4. Because out of all the possibilities Kishimoto could have written....this is what he set up. He set up something to happen in terms of Sakura's and Naruto's relationship. It is not end game just yet, but it is like the time is SAO when Asuna held on to Kirito when she thought he was dying and they ended up a couple in the end.

5th place is still rather good for a manga. its still popular, and people still talk about it. I think the reason why its dropping in sales cause people know whats going to happen. NS is going to become canon soon, Madara will be destroyed, The war is going to end, and Naruto will become hokage... and quite possible have a child with sakura but that part is what I think will happen after the last chapter.