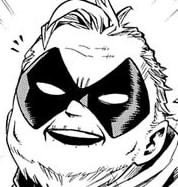 Hell on Earth is coming and we need to prepare.

Seriously, genuine question: Why is it that whenever Hollywood adapts comic books into movies they're always box office hits, yet whenever they remake video games or anime it's always a failure? The last great hollywood movie about a game was Mortal Kombat, and that was in the 90's. Plus I think Michael Bay would do quite a good movie version of Attack on Titan...

Well anyway, I hope this movie fails and never happens.

I think we should all adress the elephant in the room. Now that Naruto Gaiden is over, how do you all still feel about Sakura? Not as a character from Kishimoto, but as an actual person.

We all know that this fandom has been divided about Sakura for years, but I personally believe that this Gaiden gave people justification for hating Sakura. What we know now is that Sakura and Karin are supposedly good friends, yet Sakura has never mentioned, shown, or talked about Karin in front of Sarada ever. And what's worse is that Karin has been sending gifts to Sarada, and keeps her umbilical chord, yet Sarada didn't even know who she was. Sakura literally covered up a photo of Karin with her own. What does that say about Sakura's character?

Also, from the last chapter we see that after 12 years of neglect, Sakura is still submissive towards Sasuke. He basically gets away with not contacting his family for 12 years, to the point where him leaving again is treated as a joke- from her. He takes one family photo and all is forgiven. What does this also say about Sakura's character?

And the icing on the cake about all of this, is that she is inferred to have chased over Sasuke while pregnant- ultimately putting her baby and her life in danger. Her getting pregnant after she found Sasuke does not correlate with the fact that she didn't have Sarada inside of the village.

Other plotholes about Sakura from Naruto Gaiden:

I mean, it's just gotten to the point where Sakura is literally a distasteful character. While some of the things she has done is VERY noble (she raised a beautiful daughter by herself), that still doesn't justify her actions.

I've been obsessed for over 10 years. Now with the announcement of the remake, I want to know what everyone else looks foward to on this.

Hey guys is anyone watching E3? It's like my mid-year Christmas lol. Watched Bethesda's conference yesterday and I'm excited for Fallout 4. Never played a Fallout game before but willing to try!

Is anybody interested or has opinions on this year's E3?

Worst Anime/Manga Ending of All Time?

So, in your opinion, what's the worst ending to an anime or manga ever? For me:

Usagi Drop
To be fair, I never read Usagi Drop, but I did read summaries and info on it to see if I would actually start it- but when I accidentally found out the ending, I was completely....disgusted. And I'm even more disgusted at the fans who try and justify it. Think Naruto's ending- but with pedophile incest. And for a series to run for so long to just end that way is just heartbreaking.


No need to further explain the ridiculous of Naruto's ending.

Katekyo Hitman Reborn
Oh my god this ending was awful. It was my personal, most hated ending until Naruto reached its conclusion. It was as if the main character threw over 300 chapters worth of development out of the window. He couldn't even decide on his final love interest. What's worse is the chronological order the ending took place as well. Why add such weird chapters at the final end of the story? I will forever be disappointed in KHR. To me, it's another Shounen Jump failure.