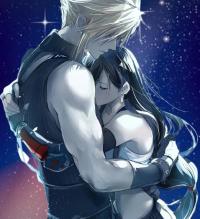 In Topic: Boku No Hero Academia

I can't believe Horikoshi actually pulled this off for a character death. But then again...

I know exactly wha you're talking about, and....

I'm gonna wait until the following chapter before making a judgement call.

In Topic: Boku No Hero Academia

This week's chapter of My Hero was definitely interesting!

I loved it so much!! It expands and adds meaning on the little details of A New Hope, like the plane Luke was playing with, and how he was familiar with Obi-wan but didn't know much about him. Leia was much more trusting of Obi-wan/Ben than her brother in a New Hope, and we see why now.

Loved to see Obi-wan transitioning from being scared, beaten, and hopeless to having a renewed sense of purpose. After losing his home, his friends, and his identity, he couldn't have come out of the fall of the republic unscathed. We all have different interpretations of how Obi-wan spent his 20 years in isolation, and I'm content with how it's shown how he did and is going to. (Episode 6 was by far my favorite btw.)

Leia's actress was phenomenal, easily the highlight of the show. I really really enjoyed it. I thought that even though it was a bit bumpy how it started out, it was a great mini series imo, This was a gift to prequel fans who wanted to be spoiled with Ewan and Hayden content.

Little details like that really grabbed my attention when it comes to the Obi-Wan series, and  I definitely do like that we got to see Obi-Wan and Leia bond throughout the story.  Just seeing  why Leia paced so much faith in Obi-Wan which  really shows.

The interesting thing is watching Kenobi I kept thinking back to Last Jedi with how Luke was handled, and personally for me they failed in execution on that front or Luke especially narratively.   However, in the case of Obi-Wan coming off from the events of Revenge of The Sith I think it was really cool to see the aftermath of what happened during the timeframe between Revenge of the Sith and A New Hope.

Ah...Seems that Boruto manga did have this month off...No clue why they needed a break. Granted a lot of shounen jump manga have been having breaks recently, but those were so they could plan out their final storyline. Which I doubt is happening in Boruto. Could be they were given a month off to think about their story and move it along faster...I doubt even if that was the case it would really change anything.

Dragon Ball Super 86. Gas powers up and starts beating up an untransformed Goku. His gang members notice that he is looking increasingly older. So I guess the theory his increase in his power because he is rapidly aging was correct. Oh Granolah is back up. Its a Buu remix with Goku stalling Gas while Gran charges up a big attack to finish him, oh and Vegeta gets back up to reprise his role.

...Well that's new and will likely cause people to complain. Once the attack is charge Goku summons up a giant energy version of himself to grab Gas and throw him into the sky so the attack won't destroy the planet. And Gas is likely defeated. He might get up next chapter might not. Surprised for once someone other than a Saiyan score the winning blow.

Some actually thought the Boruto manga was being extended an extra month because it said October Issue, but from I know V-jump manga serialization issues are like 2 months ahead.

That's something I actually had to get used to when I was reading other monthly manga series and they had those to be continued in x month.... which had me like wait 2 months?

and I quickly realized oh wait... it's based on serialization issue  that makes more sense.

With that said,  Dragon Ball Super 86 I actually quite liked it.  I know when it comes to the monthly format this current saga Granola felt padded, but it's kind got a little bit of a Moro Saga feeling...

by that I meant binge-reading the Moro Saga was infinitely better than reading it month to month, and I feel that's how the reception is going to be with the Granola saga as well.

I will say that so far I enjoyed the Moro Saga more, but I like that Goku didn't do the final blow to Gas, and that it was Granola that dealt with the finishing blow.  That said, the pacing did feel like it elevated a lot compared to last three to four chapters, but still I think it worked.

What did you think of it?

my condolences to you luckychi and vanitas