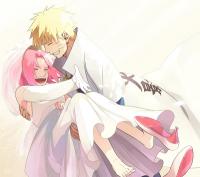 You ever notice that when Naruto makes an appearance in games like Jump Force or promotions they never use the Boruto's Dad version? They always use the original Naruto that was there since the Pein Arc. Personality and all. Why? Because people are not stupid and know that the Naruto you see in Boruto is NOT the real Naruto. Like you all said, that is Nardo and the anime companies know this. The anime websites know this. That's why they never put Nardo in anything.

And yet, they willingly use older Goku, Ichigo, Luffy, and so many other characters. Why? Because they got better when they got older, not worse. People who are blind to the fact that Nardo is not real (essentially that Naruto is still the same as before) will openly use the younger Naruto and not the older Nardo.

Agreed and I like how you call Adult Naruto, "Boruto's Dad Version"

In Topic: Aftermath of the Ending