69 replies to this topic

So The final volume cover of Naruto has finally come out:

My thoughts: Well it actually doesn't look that bad if you ask me. This will be just me, but if we disregard how the series ended, it's actually great     a subpar cover.

EDIT: Took a better look at the cover again and I paid closer attention to the details. 4Life brought up some great points when it came to the cover. For a final volume cover there should've been a lot more to make it amazing. I guess it shows that Kishi has no faith in the series.

Well, I finally got the chance to look at the cover. Actually, it was just released as soon as I got up from bed. Good timing. Anyway, lets go over with the cover.

1) I dont know about you, but this cover has a sign of lack of motive, lack of creativity, and lack of passion. Its strange that I thought of a cover for the last one being either volume 1 revisited in the Hokage design or Team 7. Its a bit ironic that Kishi has said that Naruto has that smile that the audience loved, which led to the serialization of the series. Now, thats gone, so whats going on.

2) Inconsistent art, why am I not surprised. I could understand that the words behind him may be added in to the manga because well, got to make Naruto not a scumbag; however, his right arm is no longer covered in bandages. Hows that possible to miss that? I was told he wore it because of Sasukes bond or some made up. Well, I guess that means he ended that bond. Thanks, Hinata.

3) The last volume cover with whats perhaps the easiest, uncreative, and lack of finale feel ever to put. I truly feel like Kishi no longer care for anything representing Naruto. I dont think he care that his work has way too many inconsistencies and just think to himself, Think DBZ. It doesnt matter so long the action is great. The only problem is Naruto had a story to fulfill while DBZ always feel like a finale because well, it was supposed to end at one point to another. So, this come off as lackluster.

Thats all I can say. Personally, I believe Kishi really dont have the passion he once had back in the earlier days. Its a shame, really. Now, people got to wait for The Last home release to stick in the between two chapters. What a collection.

Sparda's World: The Official Tumblr Site of Yours Truly

1. No Band Aid
2. It kinda implies to me that the place were he is, is the cradle of pride & isolation
3. The REAL Naruto story had 4 main characters
4. That cheerful, mischievious, energetic, childish yet sensitive guy is lost somewhere in thick mist or may be gone with the wind

You know there was a lot of potential when it came to this cover, and yeah Kishi just didn't seem to care. Now I know this is different, but I'll share how The Final cover of O Parts Hunter (666 Satan) was from Seishi. 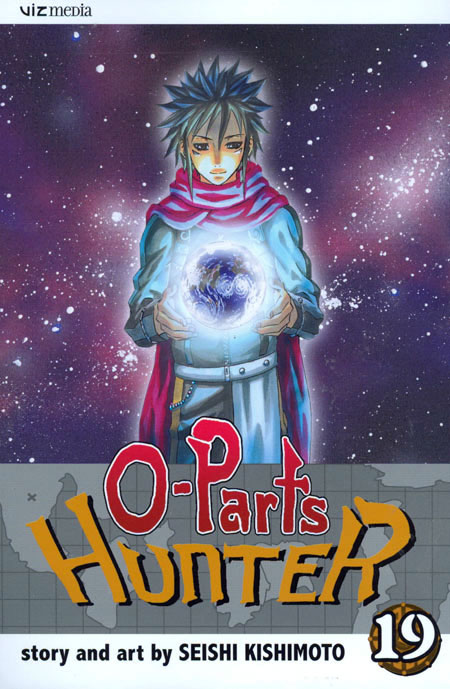 I really felt like Seishi put his heart and sole into final volume cover of his manga unlike what Masashi gave us for Naruto's Final Volume Cover.

I'm gonna quote what I said on tumblr:

I got really emotional looking at it though. Meh, it's okay, but uninspired.

I'm not a fan of this cover.

"Scumbag" should be written on his back.

This cover is good though I was expecting a family portait of Naruto Hinata and their two sons.

Lone Wolf of the Grave

This cover is good though I was expecting a family portait of Naruto and they're two sons.

You mean his son and daughter.

You know there was a lot of potential when it came to this cover, and yeah Kishi just didn't seem to care. Now I know this is different, but I'll share how The Final cover of O Parts Hunter (666 Satan) was from Seishi.

I really felt like Seishi put his heart and sole into final volume cover of his manga unlike what Masashi gave us for Naruto's Final Volume Cover.

I hear that, Chi! It's WAY better than Naruto's final volume cover.

That title means nothing if the protagonist and author cannot live up to its ideals.

You mean his son and daughter.

I dunno. Himawari could pass as a boy.

NaruSaku will always be better than crack and fan fiction

The actual cover was released:

Sparda's World: The Official Tumblr Site of Yours Truly

I dunno. Himawari could pass as a boy.

You're right. That girl is a mutant.

Aside from the lack of bandages on his hand, it looks fine to me.

"The time has come at last for you to learn everything . . .

^Agreed. The cover looks pretty good to me as well.

A bit emotional for me. Naruto (the character) came a long way. You have young happy go lucky naruto on volume one with brushes which kinda hinted at his old prankster ways and now in the final volume, he is over looking the village as the 7th hokage!

But not just because the design is boring and uninspired. It's more than that.... The feeling it imparts is isolation.

Look at every other cover up until now. They are dynamic, involve multiple characters and are almost always engaging the audience. And if they're not, then the characters are fighting each other. But in almost every one, Naruto is looking at the reader.

Like the ending — where the Naruto we knew disappears while Sasuke is narrating, only to return in the epilogue as a hardened Hokage, with the hopefulness and boundless enthusiasm of his youth washed away by the burdens of adulthood — this cover reflects a Naruto that is alone in his responsibility for the village. This is his life now. And the fact that he doesn't engage the audience is a very strong statement of how much he has changed.

A good image tells a story, without having to use any words or cutlines or cues to inform the viewer. The viewer "reads" the image.

But there is no true story to read in this image. This is the end. Naruto has turned his back on the viewer. We can't know if he's happy or sad. Stressed or angry. We know nothing about the person he was before. We only know that he is the title that's on his back. And that he is alone in his responsibility of the village.

Think of the alternative way that the visual story of Naruto as Hokage could be told by simply having Naruto turn around:

- Naruto leaning against the balcony rail, smiling at the viewer, with the Hokage hat and cloak flung over his shoulder in a jaunty manner. The message here is that even though he's alone, he's happy and he's succeeded in his goal. He is making direct eye contact with the viewer, his number one fan, the only one who has truly been with him since the beginning. The message is "I did it! We did it!"

Or an alternative image of a more dynamic nature:

- Naruto leaning against the balcony rail, smiling at the viewer, the Hokage hat and cloak flung over his shoulder, and behind him is the whole village, with the rookies and Kakashi, Tsunade, etc. looking up at him smiling and cheering and holding signs saying congratulations. The message is that he's finally met his goal and the village is acknowledging him.

So that's just with him standing there. But the cover could also show Naruto as Hokage in any other way:

- Naruto laughing with Tsunade at the Hokage desk, but now he's in the seat.

- Naruto with the hat on, leaning his arm on the next youngest Naruto, and then the next, with the whole line of Naruto's looking up at the oldest, the Hokage who's finally achieved his goal

- Naruto with the other Hokages, standing around him smiling, while Naruto is in the center in brightest color being acknowledged by them.

So yeah.... If you think of all the choices that Kishimoto could have made for a dynamic, rousing sentimental ending...this cover — Naruto alone with his back turned to the viewer — is not it.

My honest opinion is that the cover reflects more about Kishimoto's feelings than it does about Naruto reaching his goals or being the last volume of the series.

I think Kishimoto was ready to be finished. So he drew the quickest, easiest, most non-sentimental cover he could. He portrayed Naruto as turning his back on his fans and his youthful adventures and giving himself up to his life and duty. (The show's over. The doors are closing, everybody out.)

I think Kishimoto wrote the end to Naruto with himself in mind. Naruto is jaded and tired, putting his work responsibilities above everything else. He is so tremendously OOC, it's like you're not even reading the same character. I think Kishimoto started his time writing Naruto as youthful and hopeful, but now he's 20 years older and tired of it, and sees how different life is now instead of when he was just starting out. He's jaded.

There are two take-aways from this cover: First is that Naruto is standing watch over his village. Second is that he's turned his back on everything else.

It's not a positive message.

So I can't help but think that somehow it reflects Kishimoto's feelings at the end of the series. He's turning his back too. He's ready to be done with it.

Yes, the cover shows Naruto as Hokage, but there were lots of different, more positive ways to show that. The image could have imparted a range of emotions such as humor or achievement or nostalgia or camaraderie. But instead the only emotion that is shown is closure.

Naruto is alone. His duty is more important that goofing off for readers anymore. This is the end. Show's over. You don't have to go home, but you can't stay here.

Back to Uzumaki Naruto Chronicles