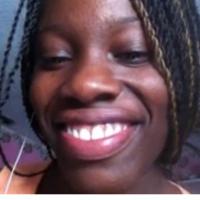 In Topic: Kakashi should have actually trained Sakura.

Anytime Kakashi was gushing about Sasuke's skills was more about Kishimoto trying to hype up how impressive Sasuke, the genius rival, was compared to Naruto, the idiot protagonist.

The first time it happened was during the bell test. Naruto showing off a forbidden jutsu from the scroll of sealing that he learned in a night and beat a chunin with? Meh. Sasuke using a C rank jutsu, that is the signature jutsu of his clan, and that they are taught pretty much once they can walk? Oh My God! That's completely impossible!! Sasuke must be an absolute genius destine to become the greatest ninja ever to exist to pull that off!!!


I honestly never even thought about that. He made a comment about Naruto being able to do Shadow Clones, but not as much as him getting water wet over Sasukes C-Rank Jutsu. Cant believe I never noticed that.

if you could tell me how to do that from my phone. Next time, I got you.

a new page has been out for a week and a half. I just seen it yesterday. More Hinata though, so carry on.

he aint need nobody. Hes a pussy that allows others to tell him what to do. If he did it right and followed through with what he wanted. Naruto would be amazing. To me at least.

'A moon appears with the ten tail?'...Oh are you asking, when they activate the infinite illusion? That's not happening for a while, if at all, because Boruto added new lore to it. You need to feed a Kaguya clan member to it before it can turn into a tree and start leeching the planet dry to produce that chakra fruit. That also the point of the Karma seal. As before one sacrificed themselves they would infect a local so they would turn into the one who was sacrificed. Kaguya was suppose to be sacrificed but she betrayed her partner; he's the one who gave Jenga and Nail their karma seal and then gave it remnants to Punk.

As for how that all works or even make sense? How should I know, when it clear the writers don't even know what they are doing.

Punk's goal is to feed Bolt (or Nail) to it so it would turn into a tree so he can eat the fruit and become an Otsutsuki. He making these minions as to protect it while making it useful to him. So we are not going to get a bunch of naked men surrounding Bolt trying to eat him. Also, as both Nail and Bolt are alive post-timeskip they are not going to be fed to the tree and apparently Punk does not count as a Otsutsuki so he can't feed himself to the ten tail as an insane last resort...or maybe be he will when that's retconned.

...Or you asking when the new moon containing Kaguya will be involved back in the story?


Im hunting for that Infinite Illusion. The Tsukuyomi.