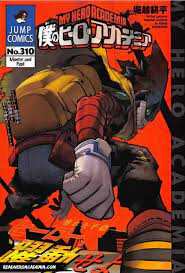 So anyone got their copies? I've been getting quite addicted to it. I got shield because of Galarian Ponyta lol. And how far has anyone reached?

Kamado Tanjiro is the Eldest son of a charcoal seller and makes a living by by selling charcoal. One day on his way back home he is stopped by a lone old man at the foot of the mountain to his hut and is warned about Demons(Oni) being active at night and is convinced to stay over until morning. When he returns he finds his entire family murdered by a demon except for his sister Nezuko whom he desperately carries to get help. On the way Nezuko starts acting strangely and violently, toppling them both off a cliff and into the snow. Nezuko then starts showing sharp and long fangs and starts trying to bite Tanjiro who realizes she turned into a demon. Before he's about to be killed a demon slayer named Giyu Tomioka stops Nezuko and then tries to kill her. Tanjiro of course begs for her life, and states he wants to find a cure for his sister but Giyu angrily lectures him that begging and blubbering will do nothing and continues to attempt at Nezuko's life to which Tanjiro starts attacking to defend her but is knocked out by Giyu. To his surprise Nezuko throws her body between him and Tanjiro and starts a fight as well to defend her brother and Giyu knocks her out too. When Tanjiro wakes up he sees Giyu who has arranged for them to meet with a man Named Urokodaki Sakonji. Thus begins Tanjiro and Nezuko's journey.

I actually haven't looked up on this series until recently when my brother mentioned that his friend convinced him to watch an episode with him and he found himself  interested and that the company that was making the anime is Ufotable. So I started to give it a shot and was instantly hooked, and afterwards found out it is a Weekly shonen Jump series. I think that Ufotable's animation work for it is spectacular, and found myself interested in the manga as well

So is anyone here interested or has started watching the series?